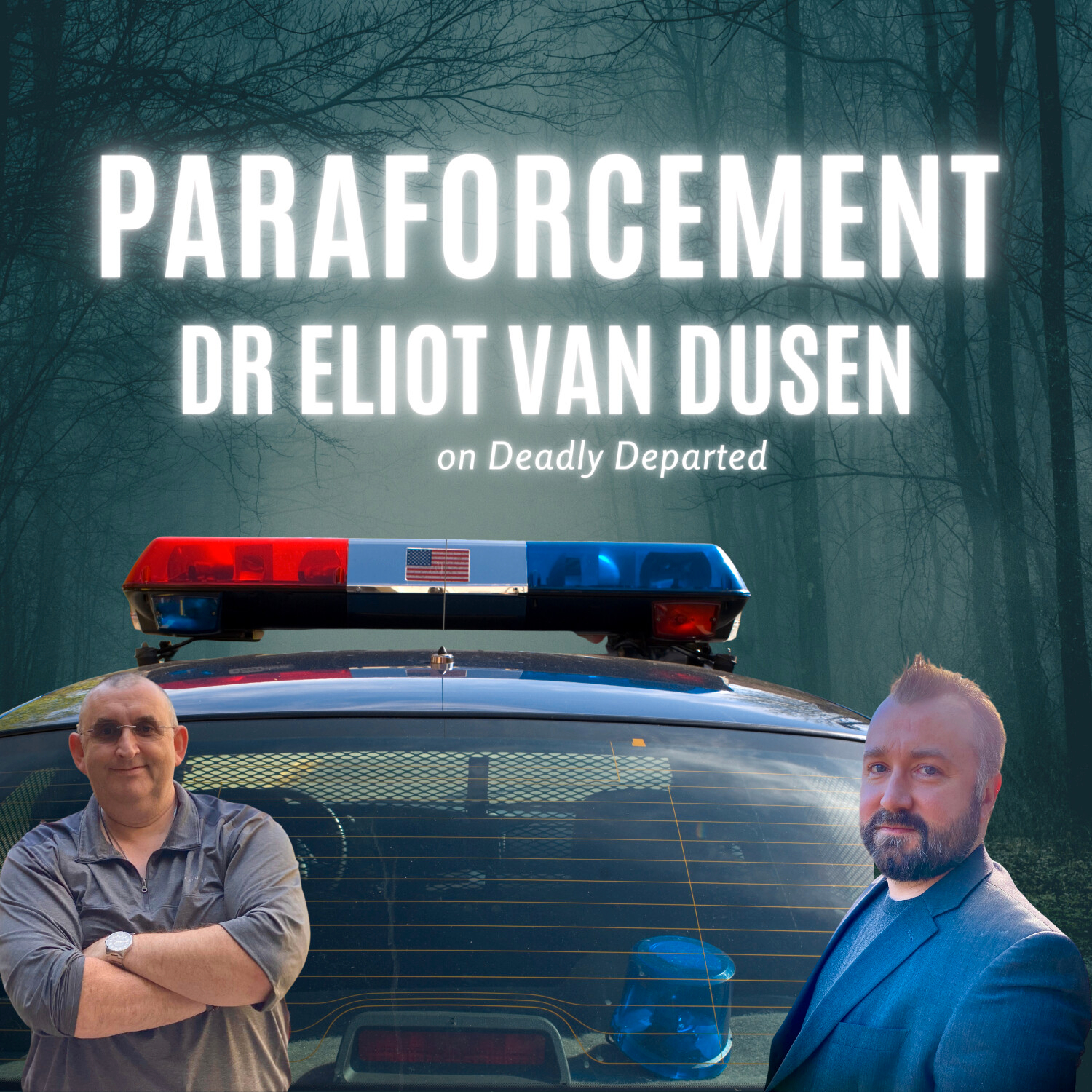 Dr. Eliot Van Dusen is a parapsychologist and ex – law enforcement officer. He is also the founder of PPRI in Canada. In this episode we talk about his paranormal experiences within law enforcement and his work in the Paranormal field. This episode is sure to keep you enthralled and engaged. Here is a little more about Eliot.

Elliott Van Dusen has been fascinated with both the supernatural and law enforcement since childhood. Elliott graduated from Saint Mary’s University with a Bachelor of Arts degree in criminology. He completed 15 years of service with the Royal Canadian Mounted Police before retiring at the rank of Corporal. He spent his policing career specializing in major crimes; homicide, sex crimes, and drug enforcement. He currently serves as the Director of Paranormal Phenomena Research & Investigation.

Elliott’s parapsychological work has also been featured on the Discovery Channel, The Globe and Mail, The Daily News, The Chronicle Herald, and several podcasts and radio stations.

He wrote and published his first professional book in May 2018 entitled “Evil in Exeter”, based on a true story and investigation he conducted into one Rhode Island family’s terrifying haunting. On September 1, 2020 his second book, Supernatural Encounters: True Paranormal Accounts from Law Enforcement was released.